Last autumn Sorig Tours organized a unique journey to Central Tibet under the guidance of Dr. Nida Chenagtsang. The group of Sowa Rigpa practitioners and others interessted in tibetan culture visited many famous and spiritual places with high importance to Tibetan Buddhism as well as Traditional Tibetan Medicine – Sowa Rigpa – in and around Lhasa the following weeks.

Lhasa – Place of the Gods

After our long overnight ride on the Qinghai-Tibet Railway starting from Xining we couldn’t wait to finally arrive in Lhasa, also called “place of the gods”, the holy city and former capitol of Tibet. According to ancient Tibetan documents and inscriptions however the cities name was “Rasa” before, which meant the “place of the goats” – the vicinity between both words made me read it with a chuckle.
Anyway, aware of our luck and the opportunity to visit Lhasa and loaded with expectations we all were glued to our train windows when we approached the first outskirts of the place of the gods. How will this mystical city we heard and dreamed so much about look like? 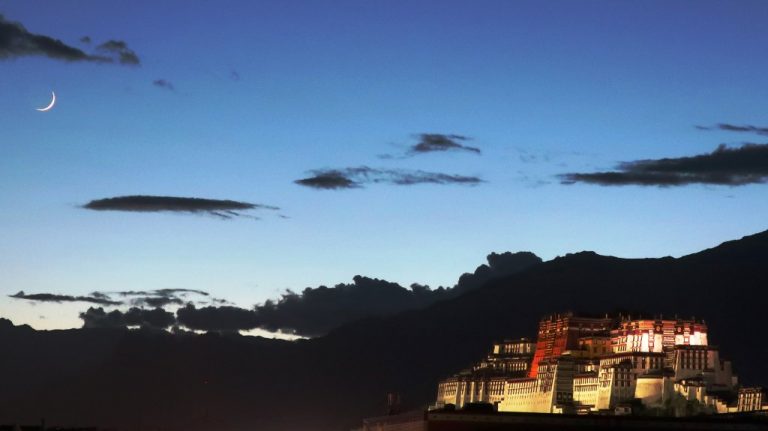 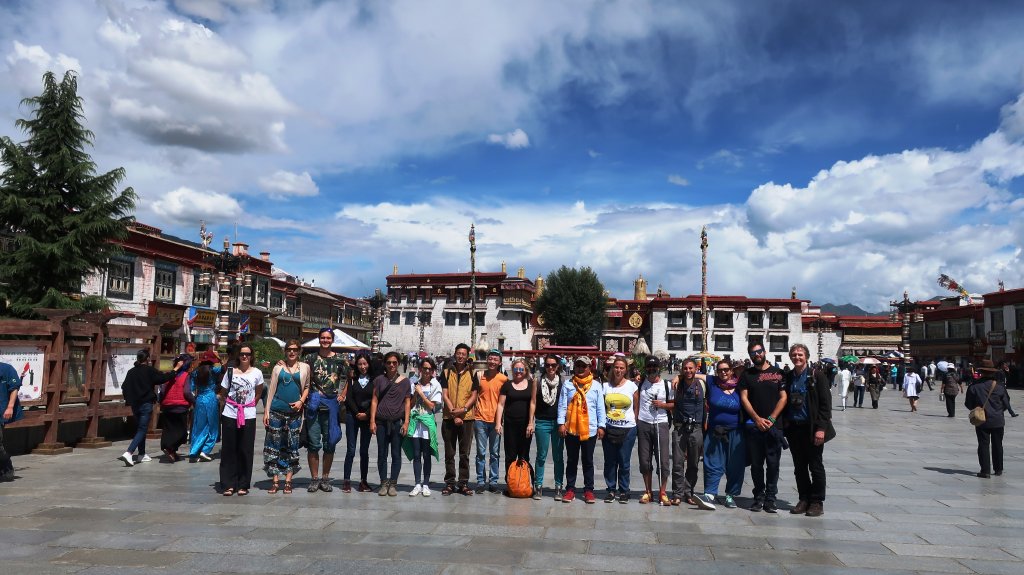 To our initial disenchantment the first impressions reminded us of any other Chinese city like Xining or Beijing. Masses of tall dormitory blocks, different blue-roofed factories and busy highways dominated the picture. We could only catch a very short glimpse at the Drepung Monastery far away above the city built in the mountains which reminded us of the uniqueness of this place again. Drepung is the biggest tibetan buddhist monastery and belongs together with Sera and Ganden to the “great three” important Gelug university monasteries. The landscape around Lhasa was special from the beginning: Lhasa was built in a basin between high mountains (up to 5500m) forming an eight-petaled Lotus flower with the Lhasa river (also called Kyi River, a tributary of the Yarlung Zangbo = Brahmaputra River) crossing the south of the valley. All together this natural formation constitutes a perfect protection according to the science of Sa Che (= Tibetan Feng Shui). 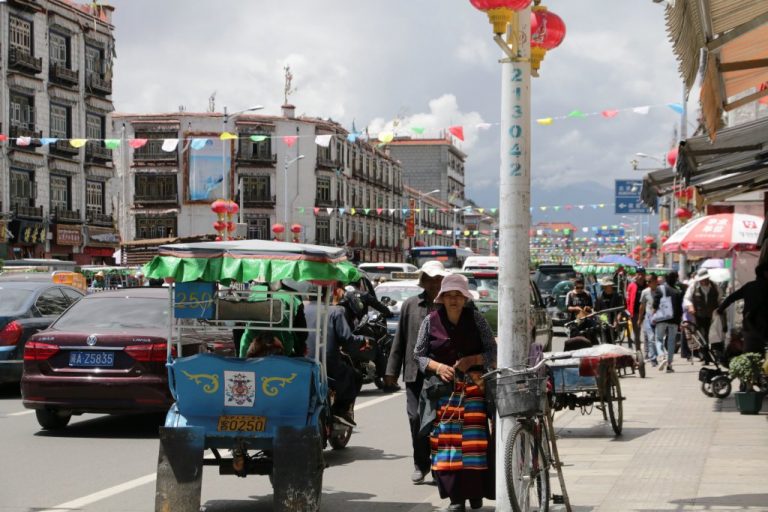 Together with about 1000 other passangers we were happy to stretch out and warm up our stiff bodies in the entrance hall of Lhasa railway station. But before we could start exploring the holy city we first had to register and go through all police customs including security-, document- and permit check-ups. We were not used to such extensive police controls in East Tibet which left a paranoid and strange taste. But once we stepped into our bus and reached the older more traditional parts of the city we quickly forgot about the inconvenient welcoming.

We drove along Yarlung Zangbo River when all of a sudden we could lay our eyes on one of the precious jewels of Lhasa, an UNESCO world heritage site, former chief residence of many Tibetan kings and previous Dalai Lamas as well as abode of Chenresig or Avalokitesvara: the majestic Potala Palace. Some members of our group were dreaming half their lives of visiting Potala and already had a deep connection with this holy place beforehand, so some tears of happiness were shed in this unforgettable moment.

More Pictures in the corresponding gallery

We set up our headquarter in the famous Yak Hotel at the entrance gates of the old town of Lhasa. Then we enjoyed a rich lunch with a huge selection of international meals consisting of Nepalese Dal-Sets, Indian curries as well as Italian pizzas and American burgers. The variation to our diet was very welcome after having mainly Tsampa, Momos and fried noodles or rice for weeks. At the restaurant our group was also reunited with our teacher Dr. Nida Chenagtsang who just arrived at the Lhasa airport.

Find out what we discovered the following days in and around Lhasa on:

Barkor Square is a circular street going around the famous Jokhang Temple in the centre of Lhasa. The temple is the spiritual heart of all Tibetans and many priceless religious artifacts are beeing kept within. Day and night masses of tibetan pilgrims circulate Jokhang and prostrate countless times for bliss and spiritual development. The devotion of the tibetan people for this holy place creates a unique atmosphere of peace and mysticism, bringing ancient buddhist deities back to life …

Under the Turquoise Roof

On the first day in Central Tibet our Sorig Tours group already visited one of the biggest highlights of the week: the birthplace of Yuthok Yönten Gonpo the Elder. He is considered to be the founding father of Traditional Tibetan Medicine, Sowa Rigpa. Remarkably he was not only a great doctor who reached the unbelievable age of 125 years in the 8th century A.D. but he was also a highly realized buddhist practitioner who achieved the absolute rainbow body – the highest form of enlightenment – together with his wife, and his dog.

Potala – Palace of the Gods

Under high security measurements we entered the famous Potala Palace which stretches out majestically upon Marpori Hill over the roof tops of Lhasa. We had to climb over 170 steps to reach the inner court yard from where we proceeded into the many chambers and halls of the former residence of his holiness the 14th Dalai Lama. While the white part of the palace inherits facilities for political and worldly matters, the red painted buildings are dedicated to spirituality and host many buddhist artifacts.

If you would like to unsubscribe from the Sorig-Newsletter, please let us know!

SPONSORSHIP PROGRAMME
Donate €5.000 or more per year to SKI or its branches and all your course fees will be waived! Your kind sponsorship will support the many projects of SKI in order to preserve, develop and spread the ancient art of Tibetan Medicine worldwide.

Want to support us?

If you want to help SKI with it's activities worldwide please make a kind donation or become an active member!

We use cookies to ensure that we give you the best experience on our website. If you continue to use this site we will assume that you are happy with it.OkNo